The Back Story of image creator Martha Lochert 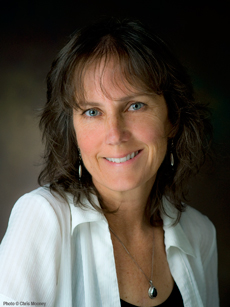 Martha Lochert is a native Arizonan who has lived in Tucson since 1968.

With grandparents who were painters, a poet, an opera singer and a custom frame builder, and parents who were a music educator (father) and an art teacher (mother), she was raised in an environment of visual and performing arts from birth.

Inspired by her uncle (a fine art photographer and art director) she knew by age thirteen that she wanted to be a photographer and started her education in the medium at that time. As a senior in high school, her portfolio advanced from local to regional and then to national competition as finalist in the 1981 National Scholastic Arts Competition. She was offered scholarships to Savannah College of Art and Design and to the University of Arizona. She chose to stay in Tucson, where the nationally renowned Center for Creative Photography is located and received a Bachelor of Fine Arts Degree in Photography from the University of Arizona, under the instruction of photo professors Harold Jones, Judith Golden, James Enyeart and Keith McElroy.

Martha has been serving the photographic needs of Tucson and Southern Arizona since 1985 in the areas of commercial, editorial, assignment, executive head shots, product shots, location and studio portraiture (adults and children), special events (business and residential) and pets.

Martha also provides one-on-one photography classes for instruction in the fundamentals of photography and photographic composition, for those who want to be educated and improve their own photography skills.

Martha has received multiple ADDY Awards from the Tucson Ad Federation; is listed as one of the top 250 women-owned businesses in Inside Tucson Business in 2014 and 2015; a top commercial photographer in 2016 Inside Tucson Business's Book of Lists; and one of the best 16 portrait photographers for 2020 in Tucson by Expertise. She is an accredited member of the Better Business Bureau of Southern Arizona (since 1993) and Secretary of the Board of the Tucson chapter of the American Society of Media Photographers (ASMP).